Context matters, so it’s time to give readers a bit of perspective. Keep in mind that the experience of those in major cities like Beijing, Shanghai and Chengdu is different. In addition, those who are here working for large corporations or governments often have Westernized, sponsored levels of luxury and access that should not be considered the norm for most expats–though they’re not impossible options for employees of certain fields.

Or perhaps that is bullsh*t, since I have no idea whether company- or government-sponsored foreigners, or lackadaisical teachers like myself, really constitute the “norm.” If pressed, though, I’d guess that it’s the latter.

China has forever ruined me for the definition of “big city.” A delightful bit of culture shock arose when I lived in Beijing in 2015. When I’d ask Chinese coworkers where they were from, they’d often turn bashful, since we were in the capital city of nearly 20 million people. “Oh, nowhere important,” they’d say. “Just a city of 2 million people.” Or even more apologetically, they’d murmur, “There are only 1 million people where I’m from.” 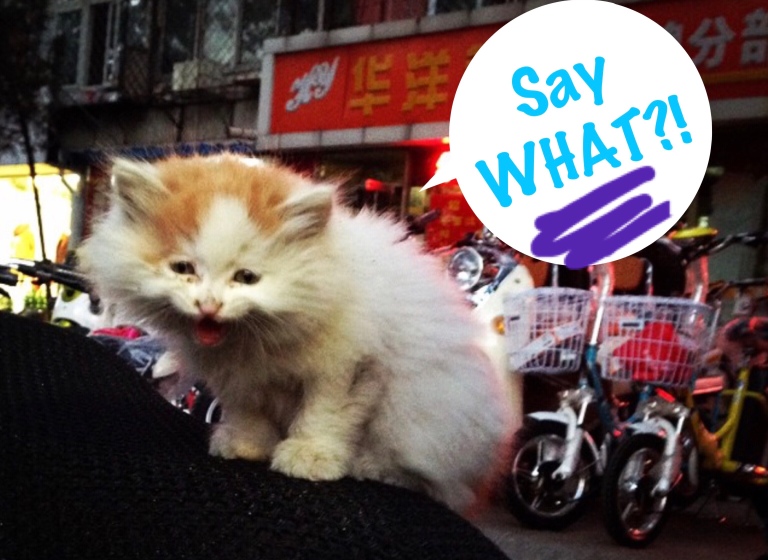 Everything’s relative, right? The population in big Chinese cities has gotten so crazy that the government is seeking a cap; today in Shanghai alone, the number is around 24 million people. MILLION! No WONDER populations of 1-2 million seemed so small for my native coworkers. (In comparison, New York City proper numbers a mere 8.6 million as of 2017.)

The statistics matter because of where I live now. After tireless research, I turned down offers and opportunities in Suzhou, Beijing and Shanghai to live in a smaller city–what my headhunter referred to as “Hangzhou” in my interviews.

At first, I heard Hangzhou was a nature mecca, and assumed that meant lower costs as well. I liked that it was close to Shanghai, but assumed that Hangzhou itself was less developed.

Oops. I soon learned (yay, Internet and friends in China!) that while yes, Hangzhou is known for the beautiful West Lake, it’s also the “Silicon Valley of China,” with all that implies: crowded, insufficient real estate; lots of technology companies and their accompanying young graduates eager to climb the ladder–and spend new incomes; Western brands; and generally flashy, albeit innovative, lifestyles–though not as developed, or international, as Shanghai. (The first linked article describes Hangzhou in 2014 as it was “emerging,” but let’s just say it’s come a long way in four years).

Based on salary and prior knowledge of general prices in China alone, I was still happy to return. I’d been able to live frugally in Beijing when I wanted, had an apartment that had cost only $500 a month, and had chosen to live in a part of town with more local businesses and far away from Sanlitun, the corridor of bars, shopping and clubs that cater to foreigners. Even so, temptation was around every corner, and I started to prepare myself for battle with the Greed demon as I transitioned somewhere so alluring.

Then, in the contract for my new gig, I noticed that the word “Fuyang” appeared in the Pinyin name of the school, so I asked my new boss for more information. He sent me the Teacher Handbook via PDF, and I read every word. At that point, I realized that I wasn’t moving to Hangzhou… proper. While geotags would place me in Hangzhou and its encompassing Zhejiang province for work, the document made it clear that our homes would be in Fuyang.

My friends who’d lived in China awhile were incredulous. “Fuyang?” they asked, wrinkled brows (or in writing). “Whoa. That’s really out in the sticks.”

In truth, there are two Fuyangs, and the other is even more rural than my new digs. That said, there’s no subway line, nor any of China’s gorgeous high-speed trains running from Fuyang to Shanghai, or even to Hangzhou proper. The only way out is by bus, on a bumpy, 70-100 minute commute, for the time being.

The handbook didn’t help; it emphasized that the big sights in town were the natural scenery, and triumphantly declared the presence of Starbucks, Pizza Hut and KFC as the extent of its Western influence. While I didn’t plan to eat out much, such limited options sounded abysmal to foreign friends used to greater access in Beijing or Shanghai. Furthermore, even in Beijing, few people in my neighborhood near work had spoken English–not a prerequisite in another country, but something that, again, is a requisite luxury for some. In Fuyang, that number would be microscopic. Thus, this simple choice would render everyday activities like grocery shopping, using public transportation, and communicating basic needs to local employees much more difficult than in bigger cities.

But for me, it was perfect.

Instead of feeling scared or intimidated, I felt relieved. You could call Summer 2018 a kind of Rumspringa before my debt paydown began (albeit in frugal fashion–i.e., staying with friends, or in hostels and AirBnBs; regardless, it was quite a feat of a dozen cities, and a lot of bourbon–I’m a fan), so I stretched myself to the limit financially. Thankfully, I had limited food, drink and housing costs due to the INCREDIBLE generosity of friends and family along my road trip.

Even so, when I lived in Vegas as a young teacher, and then in Beijing, Kuwait and Jacksonville, I had struggled to stay on track. While it has ballooned in recent years, I’ve carried some kind of debt for most of my adult life. The world presents itself to me like a kid in a candy store, and I am hard-pressed to resist the allure of experiencing new places, food and drinks.

As a result, news that I would be living in a place more remote than I’d thought was welcome news. While life abroad has its own pernicious style of lifestyle creep, this particular location would limit many of them. Its laid-back atmosphere would provide exactly the kind of environment I needed to slaughter debt, live simply, and focus on what mattered.

After coming so close to the edge–repeatedly–over the past few years, I was tired of fighting the desire to spend money I didn’t have to milk every drop out of moments of travel and new experiences. My credit cards were maxed out, I had no emergency fund to speak of, and I was exhausted to my soul of the rigamarole. My struggles and overspending were no different than the person who can’t stop buying the latest iPhones and TVs when it came to the consequences. What use is seeing 6, 8 or 10 countries when you’re doing so with an ever-increasing sense of dread?

Finding my home in Fuyang instead of Shanghai or even Hangzhou meant literally no Western clothing stores (an old temptation; less now) or pricey sit-down restaurant chains, apart from Pizza Hut, which is a fancier affair here. I would be forced to eat local food, and here’s the great part: I love it. While Thai food will always take top slot, Chinese cuisine is mouthwatering and delicious.

In addition–and this is a big add–my breakfast and lunch would be free at school, while in Kuwait, it had cost of a bare minimum of two bucks (and groceries made it pricey even to bring your lunch).

Fuyang, by the way, wasn’t nearly the wasteland my foreign friends implied. For starters, as suggested in the beginning, it’s only tiny by Chinese standards. It has a cool 750,000 people at last count, and recently, we even got a McDonald’s. (Eat your heart out, KFC.) More saliently, nearly all payment is electronic, via apps (even your mom-and-pop fruit stands), and I can have most household goods and groceries delivered to my doorstop, enabling me to cook foods I am familiar with at home for this next period of more extreme frugality as I catch up on late bill payments and build an emergency fund.

The cost of housing is dirt cheap, and my studio apartment here costs only 60% of my housing allowance. Better yet, it’s even better than the place I had in Beijing. Best of all, it’s on the top floor of a 22-story building in a town that hasn’t been built up yet. On clear days, I have stunning views–all for $300 a month in rent, a price that would be triple or double that in Shanghai or Hangzhou (and in Beijing, where housing costs have risen significantly since I lived there).

More frugal value comes in part that if I want Western food, I have to cook it at home. But I can, thanks to the aforementioned conveniences. And if I want to go crazy and eat out, the most I can do is blow 60-80 yuan on McDonald’s or the amazing eggplant, green beans and sweet and sour pork from a local place–which is a far cry from Kuwait or Beijing, where it was easy to blow four or fives time that.

Transportation to and from work is included, and if I must take a taxi, its starting cost is less than two dollars. China’s version of Uber, Didi, is also stunningly convenient and costs less than cabs.

Two large grocery stores are within walking distance, as well as a fruit stand literally next door and a smaller grocery store two minutes down the street. If I want to go to Hangzhou, the aforementioned bus costs only 5-6 yuan, or less than 1 USD. And while I’ll avoid it for the time being, as of TODAY(!), rail service has been added to the city. Trains start running December 28, which will cut hours of travel time from my commute to Shanghai–useful for flights out. In the past, a day trip would be nearly impossible unless you paid almost 100 USD for a prearranged cab to take you on the six-hour round trip journey, which is ridiculous when AirBnB rooms rent out for half that a night (when you know where to look).

The bottom line is that for the first time in years, I don’t have to worry about whether I have enough money to buy enough food to last a whole check, or whether or not I can get myself from point A to point B. I don’t have to fight a sensation of drowning, not just in debt, but in too little money to get me basic things that I need. (Ever wondered if your TP would last the month?)

I have struggled to make ends meet for the past three years. Here in a “rural” place in China is the first time I can breathe financially in a long while…and, echoing the Frugalwoods’ habit of “luxurious frugality,” I can even do it while imbibing tasty food and doing things I love.

I must, MUST note that in Kuwait and Florida, I made far more than minimum wage. My difficulties and food insecurity came from two things: too much unsecured debt, and the two stupidest financial choices I have ever made. But we’ll get to them later.

For now, I just want to bask in the transition from a place of fear and scarcity to one of strength and abundance. Here, where literally my only expenses are dinner and utilities, which are also–you guessed it–dirt cheap–and where my own feet can walk me to cheap food and housing supplies, I am deeply happy–or maybe it’s better described as filled with the profoundest relief of my life. Either way, I am filled with more joy, peace and–dare I say–hope, than I have been in years.

2 thoughts on “Why Fuyang? On Life in This “Tiny” Town in “Rural” China”